The hunt for a kernel bug, part 2: an easy way to install mainline kernels

As I wrote previously, I’m suspecting a Linux kernel bug somewhere between versions 5.13.0-22 and 5.13.0-23, in the Ubuntu kernels. I wanted to know if the issue only surfaced in Ubuntu-flavored kernels, or also in the upstream (mainline) kernels from kernel.org.

There is an Ubuntu Mainline PPA with all the upstream kernels, but I found it a bit too opaque to use. Fortunately I found the Ubuntu Mainline Kernel Installer (UMKI), a tool for installing the latest Linux kernels on Ubuntu-based distributions.

The UMKI is pretty straightforward. It fetches a list of kernels from the Ubuntu Mainline PPA and a GUI displays available and installed kernels, regardless of how they were installed. It installs the kernel, headers and modules. There is also a CLI client.

To summarize, I have tested these mainline kernels:

The result (after several reboots)? With all of them, my keyboard and mouse worked without a hitch. That means the issue most likely doesn’t occur in (stable) mainline kernels, only in kernels with additional patches from Ubuntu.

Up next: compiling kernels from source. 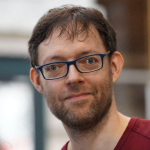 1 thought on “The hunt for a kernel bug, part 2: an easy way to install mainline kernels”